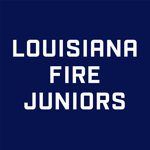 Who are the Chicago Fire Soccer Club?

Founded on the 126th anniversary of the Great Chicago Fire on October 8, 1997, the Chicago Fire Soccer Club enters its 16thMajor League Soccer season. The Fire won the MLS Cup in its inaugural campaign in 1998 and was crowned champion of U.S. Soccer's national tournament, the Lamar Hunt U.S. Open Cup, in 1998, 2000, 2003 and 2006. The Fire play at Toyota Park, a world-class soccer stadium, located in Bridgeview, Ill. For more information on the Chicago Fire Soccer Club, please visit the club’s official website at www.Chicago-Fire.com.

A key feature of the Fire is its extensive player development system consisting of:

-Chicago Fire Premier (U23 and U20 collegiate level);

-Community based Camps and Tra0ining department (U4 to U18)

Who are the Fire Juniors Youth Clubs?

The Fire Juniors are the official youth soccer clubs of the Chicago Fire. The Fire Juniors Youth Club model was the first youth program of its kind in Major League Soccer (MLS) and today includes more than 4,000 travel players nationwide.

The MISSION STATEMENT of the Fire Juniors is – “To Lead the Evolution of Youth Soccer in the United States.”
•By coaching the person and training the athlete

•By taking responsibility for each aspect of our players’ soccer development

The VISION of the Fire Juniors is – “To foster a culture of excellence both on and off the field of play. To create an environment that develops players from grassroots through to college, MLS and National Teams.” 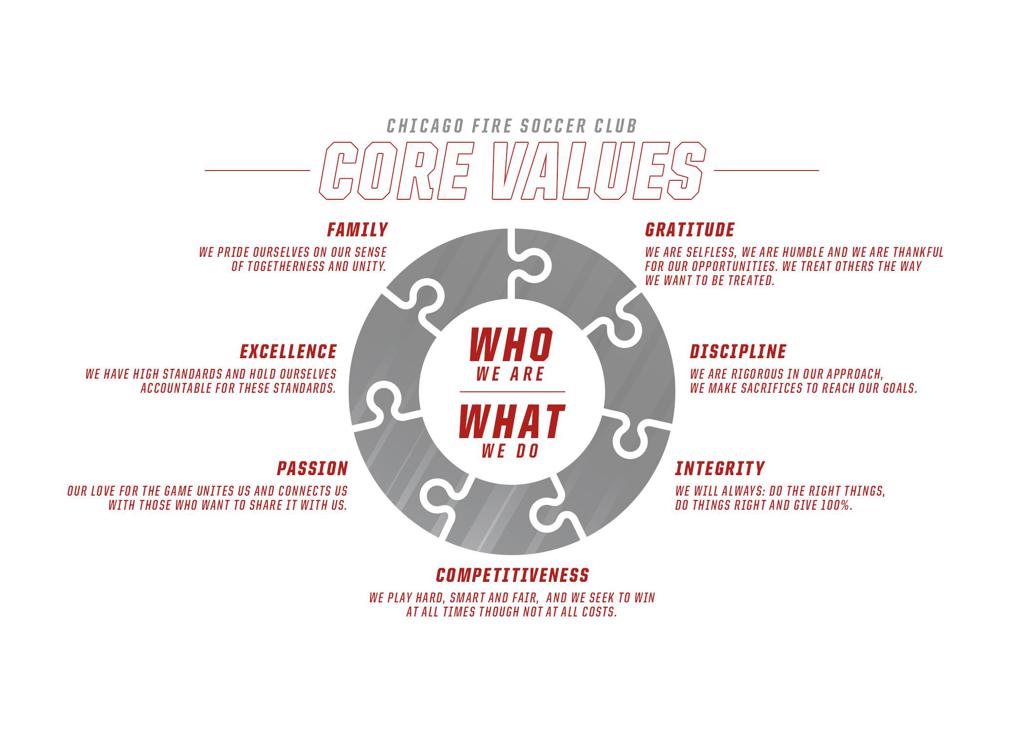 What are the key features of the Fire Juniors?

-A professional Major League Soccer approach with a local focus:

Fire Juniors are supported by a professional MLS structure while maintaining a local focus that meets the needs of youth players in the community. As part of the Chicago Fire Player Development Program, Fire Juniors players (boys and girls) have access to unparalleled opportunities for soccer development.

The dual ‘premier’ and ‘select’ programming gives youth players an opportunity to be placed in the right environment that maximizes their individual player development potential.

-Be part of a national network of MLS youth soccer clubs and tournaments.

What is the difference between the Fire Academy, the Fire Youth Club and Fire Juniors?

-Elite level programming for a select group of players that have the talent and aspiration to perform at a professional or Division 1 collegiate level.

-A professional environment at Toyota Park that has access to all of the stadium’s facilities and staff (video analysis, fitness testing, nutritional programs and medical staff).

-Boy’s only programming (U10 – U18). Players are not permitted to participate in high school soccer.

-Competitive level programming for players that have the ability and desire to play on regional platforms and at a collegiate level.

-A ‘pay to play’ club model based out of Toyota Park with access to the stadium turf field.

-Boy’s only programming (U10- U18). Players are permitted to participate in high school soccer.

-Premier and select programming for players that are looking to play in local level platforms with pathway’s identified for elite players to progress to the next level (Boys academy and Girls Elite ID Program).

-A grassroots approach with all practices and club events taking place in your local club community.

-Boy’s and Girl’s programming (U6 –U18) designed to suit every player’s commitment level.

What does a Fire Juniors Training Program look like?

The Fire Juniors Competitive Program- is for the committed soccer player who aspires to play at the highest level of travel soccer. Competing at the state and select regional levels require a commitment to training, games, tournaments and travel. The program is year round. Players are placed on teams through the tryout process. A C1 boys or girls team will practice either two or three times per week .

C2 and C3 teams are for the soccer player who prefers to participate in a high-quality, developmental, travel soccer program that fits the commitment level of the player/family. The time required is less than the C1 program and travel consists of state leagues and mainly tournaments within a 3 hour travel distance. Players are placed on teams through the try out process with criteria for selection being based on ability. A Fire Juniors club may have a number of select teams per age group depending on the size of the club. A C2 or C3 boys or girls team will practice two or three times per week depending on the team.

The Fire Juniors Youth Development Program (YDP)- is a youth initiative specifically designed to prepare players for travel soccer. The YDP program is for boys and girls ages U8 to U10, and will focus on skill building and technical development.

The Fire Juniors Recreational and Sparks Program-  The Fire Juniors is a full service club providing levels of play for players of all ages and ability from U4-U18.  The U4 Sparks and the U6-U8 recreatuional  program is for the young new player just getting started.  The U9 and up recreational program is for thoes players and families who prefer to play soccer in a more relaxed environment than competitive travel soccer.

What is the pathway from Fire Juniors to Fire Academy?

All players are continually evaluated over a 12-month period. Fire Juniors players identified by their own coach or club DOC as potential academy level players are invited to participate in Academy and/or youth club practices throughout the year. Players must not only have the ability to play at this level but also the commitment level. On a bi-weekly basis all DOC’s from our Chicago-based Fire Juniors clubs meet at Toyota Park to discuss players, programming, staff and elements involved with operating the technical side of our clubs. The Chicago Fire Academy currently employ a fulltime youth scout who is available to identify prospective players who play in Fire Juniors clubs.